Stories about the people, science and research of the Medical Research Council. 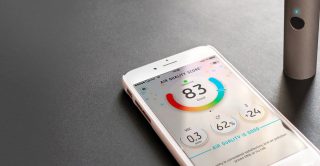 Dr Andy Skinner and Chris Stone believe that new technology has the potential to transform health data collection in the longitudinal community – and that there are already promising signs of this among early adopters.

Research published in BMC Medicine, based on the Million Women Study, reports women with lower levels of education and living in more deprived areas of the UK are at higher risk of coronary heart disease due to differences in behaviour. Here, study co-author Dr Sarah Floud discusses what these findings mean in the context of addressing social and health inequalities.

Today we’ll be joining a number of other organisations in Parliament to demonstrate how patient data is revolutionising healthcare at an event hosted by the All-Party Parliamentary Group on Medical Research. Grace Gottlieb, who’ll be there, explains what the session is all about.

It’s hard to overestimate the benefits of studies using patient data – they have allowed us to spot disease trends in populations, understand the causes of disease and learn how to treat patients.

In 2005 we worked with a number of other organisations to set up the All-Party Parliamentary Group on Medical Research (APPG) to provide a forum for parliamentarians to discuss medical research. So today, scientists, research participants and representatives like me from the MRC and other research funders are venturing into Westminster to talk to parliamentarians about how vital patient data is to research. [...]

Reflections of an ageing Douglas baby

David Ward has been a member of the National Survey of Health and Development (NSHD) since he entered the world in March 1946. He shares his memories of the cohort, as well as a neat memory trick that saw him through his most recent examination by the study.

My name is Linda Clark. I live at 59 Meadow Close, Milford, Surrey.

No it isn’t and no I don’t. I still have enough memory left to realise that my name is actually David Ward and that I live in Bollington, Cheshire, though I can’t guarantee that I will be able to remember either fact this time next week. [...]

In the first week of March 2016, over 5000 people who have taught us a great deal about life are turning 70. These are the ‘Douglas babies’: members of the MRC National Survey of Health and Development cohort study who have been improving medical research since they entered the world, and Dr James Douglas’ cohort, in 1946. Chair of the NSHD Steering Committee Professor John Frank, NSHD Director Professor Diana Kuh and her predecessor Emeritus Professor Michael Wadsworth, discuss this life project and wish them a very happy 70th.

Each year everybody in the cohort receives a birthday card. (Image: UCL Creative Media Services)

It is not often in life that one can wish several thousand people “Happy Birthday” all at once. It is even rarer to be able to say to them all: Thanks… very much… for your sterling, lifelong contributions to medical science.

NSHD is the longest continually-studied birth cohort in the history of science and we are getting ready to celebrate the cohort’s 70th ‘birthday week’. Thanks to the generosity of participants, more is being discovered now than ever before about what factors, from early life onwards, contribute to the risk of the commonest diseases of later life. [...]

Behind the picture: When Mr Scott met his brain

This week Mr John Scott, a member of the Lothian Birth Cohort 1936, was able to meet his grey and his white matter in models made by the Centre for Cognitive Ageing and Cognitive Epidemiology (CCACE) and the National Museum of Scotland which are due to form part of a new gallery opening in summer 2016. Sylvie Kruiniger talks to CCACE’s Dr Simon Cox about the project.

How many people can say that they have held their own brain in their hands? In this picture, Mr Scott is doing just that. Its size, shape and folds perfectly match those housed inside his head. The 3D print of his brain’s outer surface will sit alongside a strikingly beautiful image of his white matter etched in glass at the National Museums of Scotland from summer 2016.

Mr Scott’s brain has been imaged numerous times over the past decade as part of studies of the Lothian Birth Cohort 1936 (LBC1936). The team, led by Professor Ian Deary (whose office we have visited in a previous post), used different types of  MRI scan generated by the University of Edinburgh’s Brain Research Imaging Centre to generate the two objects for the museum’s collection. His white matter was mapped by a diffusion tensor MRI and, for the 3D print, his cortical surface was mapped by a standard structural scan. [...]

Continue reading: Behind the picture: When Mr Scott met his brain

Would you spend your 70th birthday in a brain scanner?

Today we announced that a subset of participants of the UK’s longest-running cohort student, the MRC National Survey of Health and Development, are taking part in a new study about the onset of dementia. Here Laura Phipps, from co-funder of the study Alzheimer’s Research UK, explains how such well-studied people could be key to finding out why people develop dementia.

OK, so they won’t necessarily need to be in the scanner on their birthday (perhaps too much to ask!) but the group were all born in the same week in March 1946. And now they’re approaching the big 7-0, they’re giving back a unique gift to research by agreeing to take part in a brain imaging study to reveal important insights into dementia.

The volunteers, all members the MRC National Survey of Health and Development, have been contributing to research since they were born. This incredible group of people have had regular assessments as birthdays have come and gone, to help researchers at the MRC Unit for Lifelong Health and Ageing at UCL understand more about the impact of life on health. You can learn more about the National Survey of Health and Development by watching this video. [...]

Continue reading: Would you spend your 70th birthday in a brain scanner?

Making the most out of cohort studies

Here in the UK we have lots of long-term studies following the health of a particular group of people. These cohort studies are goldmines of information for health researchers. Here Professor Jill Pell, Director of the Institute of Health and Wellbeing at the University of Glasgow, reflects on why our new Cohort Directory will make life easier for researchers – and make the most of this valuable information.

Cohort studies are a fantastic resource but we’re not getting the best out of many of them at the moment. That’s why, here at the MRC, we’ve developed the Cohort Directory to increase the awareness and use of these important resources.

These population cohort studies recruit very large numbers of people from the general population and collect lots of information – using questionnaires, measurements and biological samples – about their health at that particular time. They then follow them up periodically to find out who develops health problems.

For population health scientists, like me, they are the gold standard method for determining what causes disease – the essential first step in preventing it.  [...]

Continue reading: Making the most out of cohort studies

A legacy of a lifetime

Today the 1000th study using data from the ALSPAC, or Children of the 90s, cohort study has been published in the European Journal of Human Genetics. It’s just one of the many findings to have come out of the study, which has analysed the health and development of 14,000 children since the early 1990s. But what’s it like to grow up as a member of the cohort? Here Libby Ford, whose mother enrolled in ALSPAC when she was pregnant, tells us how it feels to know she’s contributing to medical research.

Growing up it felt perfectly normal to participate in Children of the 90s, as most of the children in my small village primary school did too. But as I grew up I realised that this wasn’t just a part of your average childhood, but actually something special which contributed to valuable research. I feel extremely privileged to have been a part of it.

I still participate in the annual research sessions and questionnaires, and I even opt to take part in further research sessions where I can. I’ve always liked going to the sessions; the staff always made them feel fun, and now I also understand they have a lasting importance. [...]

Continue reading: A legacy of a lifetime

Tales from the Century: Janet Lane-Claypon and epidemiology

Janet Lane-Claypon pioneered two research methods that today are central to epidemiology, but she doesn’t have the profile of other barrier-breaking female scientists from the first quarter of the 20th century. Katherine Nightingale spotted her name in the first MRC annual report and went in search of information about this trailblazing scientist, admired for her intellect and rigour.

Unsurprisingly, the first MRC annual report, published in 1915, is a rather male affair; the text is littered with Williams, Henrys and Stanleys. Aside from the mildly mysterious “Miss Ferguson” and “a woman bacteriologist” whose identity we may never know, one of the few women mentioned in the report is the physician and epidemiologist Dr Janet Elizabeth Lane-Claypon.

Janet is referenced in the report because she had been funded in that year to bring together and critique all existing research in milk and its ‘hygienic relations’ — its composition, nutritional value and hygienic production. At the time Janet was working as Assistant Medical Inspector to the Local Government Board, having already achieved much in her research career. [...]

Continue reading: Tales from the Century: Janet Lane-Claypon and epidemiology

NIHR INCLUDE: Improving inclusion of under-served groups in health research

The National Gallery mental health audio tour: a year on